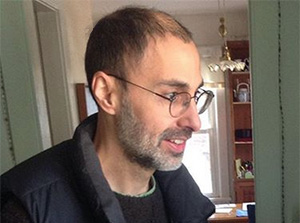 Alex Canelos was born in Queens, New York to immigrant parents from Ecuador and Spain. His first formal painting studies began at the age of nine. He currently lives in the Hudson Valley with his wife, Rachel, and his son, Joe.